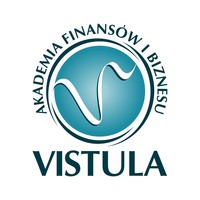 Nowadays, every member of the public sphere sooner or later turns into a sort of journalist. The development of various types of citizen journalism and the ever-growing possibilities of multimedia use shape the reporting trends of the future. Join us to get to know them and follow your passion!

Are you interested in social trends and the impact of mass media on social life? Would you like to master professional journalist skills and start a career in the media? Journalism and Media Communication studies at Vistula University are interdisciplinary, and allow you to become acquainted with key topics in the fields of sociology, marketing, law, management and negotiation as well.

Enrolling in Vistula's practitioner-generated program, you will not only broaden your horizons, but also learn to be more tolerant of differing views as well as to argue your own opinion. You will develop a great number of useful skills such as public speaking (also in front of a camera or to a microphone), proofreading and editing texts, preparing short or long utterances and publications on a given topic, and researching various information sources in depth.

Specialities:
University website: www.vistula.edu.pl/en
Communication
Communication (from Latin commūnicāre, meaning "to share") is the act of conveying intended meanings from one entity or group to another through the use of mutually understood signs and semiotic rules.
Wikipedia
Journalism
Journalism refers to the production and distribution of reports on recent events. The word journalism applies to the occupation (professional or not), the methods of gathering information and organising literary styles. Journalistic mediums include print, television, radio, Internet and in the past: newsreels.
Wikipedia
Social
Living organisms including humans are social when they live collectively in interacting populations, whether they are aware of it, and whether the interaction is voluntary or involuntary.
Wikipedia
Journalism
Only a newspaper! Quick read, quick lost,
Who sums the treasure that it carries hence?
Torn, trampled under feet, who counts thy cost,
Star-eyed intelligence?
Mary Clemmer, The Journalist, Stanza 9.
Wikiquote
Journalism
When found, make a note of.
Charles Dickens, Dombey and Son, Chapter 15.
Wikiquote
Journalism
As for modern Journalism, its not my business to defend it. It justifies its own existence by the great Darwinian principle of the survival of the vulgarest.
Oscar Wilde, The Critic as Artist Part I (1891), [7]
Wikiquote